Feedback/review policy:
Feedback to the developers of the apps is encouraged.
Notable sign up requirements:
Just your phone number (though I believe you need a North American phone number.).
Support:
you reply to the emails sent by the developers that send you the apps

Notice something outdated above? Please tell me.

This beta testing program is for those of you that have a smart phone, and one that can download and install apps. From being a member over the past year or so, I know that iPhone apps are offered. I am not sure about Android, though I would guess that they are also offered? (Someone leave a comment below if you experienced otherwise.)

Signing up for them is as easy as giving them the phone number of your smartphone. When they have an app they want to offer you, they text you an invite. You simply review the app they are offering for download and reply “GET” if you want it.

At time I received a second text within minutes, others were hours/days later. The second one usually has a link for you to click through, or telling you to check your email. Be sure to open the email on your smartphone—the link typically opens up the Test Flight app so that you can receive and install the beta version of the app, as well as any updates. If you are unfamiliar with Test Flight, read more.

Once you install the app, you use it as you normally would other apps. You often get an email directly from the developers of the app so that you can reply to them with any feedback you have about the app. In some cases, new versions come out (that I updated via Test Flight) and I can see some of my suggestions incorporated in the app!

In short, this is a great way to get new and upcoming apps before they hit the app store, and before anyone else! In virtually all cases, the apps are interesting, useful and beautiful. In the past I have received:

The Lowercase Alpha app beta testing program was started by Chris Sacca’s Lowercase Capital venture capital firm in Los Angeles. You may know him by his investments in Uber, Twitter, Instagram and other popular apps, or by his recent appearances on Shark Tank. His team picks great, new apps that are ready to be launched, but need some feedback from real users to get some more polish and usability testing.

Tell them I sent you!

Let others know what you think of Lowercase Alpha

Have you used them? Do you have insights on reviewing for them? If so, let others know what you think of them below.

The ever-growing, master list of review sites can be found here. Feel free to let me know of any review sites you like.

Learn how to get more products 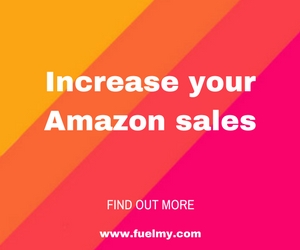 Are you an Amazon Seller?We are launching a new list of Tools, Services and Apps to help you get the most out of selling on Amazon. View the list
Sign up for The Reviewer Collective email

Want to be notified when a new review site is posted to the ever-growing list we are collecting? Or keep up on the latest reviewer tips and how-tos?

We promise: no spam, no junk, and will never sell or give away your email.

Keep up with the latest how-tos, tips and the growing list of product testing sites by liking our new Facebook page.

We promise: no politics or other off-topic posts. Just sharing latest review sites, review tips and how-tos and news about reviewing.